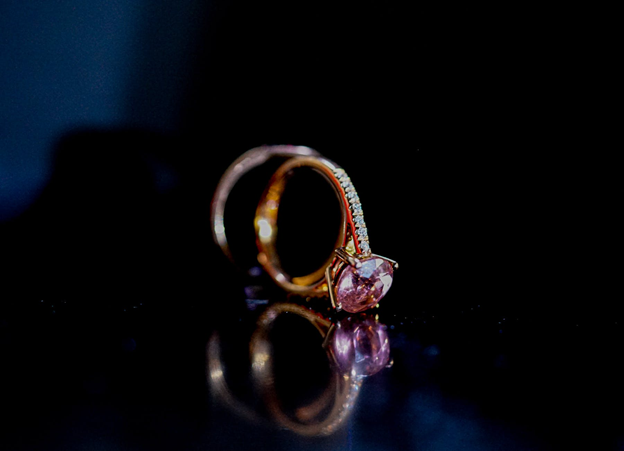 Before choosing an engagement ring, what key details do you focus on? Albeit it might take  a while to find the best design, it is always worth it to take your beau’s personal preference into consideration. After all, you wouldn’t want to leave your future spouse unimpressed with a generic-looking ring that hardly encapsulates your unique love story. 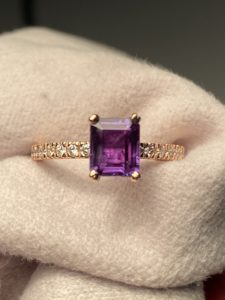 A quick browse on Pinterest yields multiple ideas and photos of instagrammable engagement rings that you can use as reference and inspiration. But, if you’re looking to broaden your options with more ornate suggestions, then you’ve come to the right resource. Check out our list of 2021’s top ten most stylish engagement rings and get fresh ideas for your upcoming proposal:

Halo settings on rings are a prevailing trend in engagement ring designs. It is a subtle element yet it adds a distinctively edgy and show-stopping vibe. Some halo variations are adorned with diamond studs, making the ring’s centerpiece gem appear more prominent. This type of ring is suitable if you and your beau want something more out-of-the-box and unexpected.

Want to add some transformative magic to your band? Try an alexandrite engagement ring. In contrast with the typical diamonds that adorn most engagement rings, an alexandrite gem is one fascinating gem to make any soon-to-be-married couple swoon with delight. It is best known for having two prominent hues, namely purplish-red and bluish green. The two colors interchange depending on the stone’s exposure to light. In terms of durability, alexandrites are long-lasting and resistant to external damage or pressure.

Among the trendier diamond cuts and shapes are emerald, marquise, radiant, oval, trillion, heart-shaped, and princess cut. Emerald cut exudes a classic and regal rectangular shape and rounded corners. Marquise has a more elaborate style. Its contour occupies a broader surface, making it more visually appealing to anyone who wears it. Radiant cuts are the preferred style for people who want to have extra sparkle on their rings. An oval-cut diamond combines the brilliant beauty of a round cut with an artistic shape. Trillion cuts are less expensive, head-turners thanks to its crown-view top and pavilion facets on the bottom layer. Heart-shaped and princess cuts are both crowd favorites, considering how they instantly represent the blissfulness of being engaged to your SO.

Rose gold has been a popular shade associated with formal events and modern styles. Its peachy hue and golden vibrance are enough to make it the center of attention in a room. Even celebrities can’t help but gush over its effortlessly chic appearance. Go for a rose gold band with smaller diamonds or gems on it for that wow factor that will make your beau say ‘yes’ in a heartbeat.

It’s not just the gem that you can customize in present-day engagement rings. This is certainly not the time to stick with traditional and simple ring bands, especially if you are all about details and wearing statement pieces. Engagement rings now also come in a variety of shapes and craftsmanship. Among the trends to look out for are a zipper-style ring, a claw band, a band imitating the ocean waves. Another best-selling design is a spiral band that creates a stunning visual of the ring coiled around your finger.

The funny thing about trends is they can either be an all-new concept or a resurrection of an iconic design from the past. The gypsy ring is an example of the latter. Gypsy rings (or gypsy-set rings) have the gems embedded into the band, which is typically made of gold. It is mostly known for its chunky and vintage appearance. Feel like a movie star or a muse from the Victorian era with this engagement ring design.

Fun fact: Gypsy rings were originally worn by people in the Victorian upper class. They did this to conceal their wealth. Since the band is thick enough to cover up the true sizes of the gems, it was harder for thieves to notice the expensive ornaments they carried.

Not to be associated with the popular card game, the Solitaire Ring captures simplistic and conventional aesthetics. At the center of a solitaire ring sits a single, large gemstone. The stone can either be in a princess cut or a round, regular shape. Some variations include a four-prong ring that makes the gem seem larger and a six-prong ring that makes the band take on a more circular contour while reducing the size of the stone appearance-wise.

Engagement rings with a milgrain finish are depicted by the smaller metal beads incorporated on either side of the ring. The addition of smaller stones adds a dash of shine to your ring. Milgrain finish can be applied on the band, on the gem itself, or along the upper half of the ring.

Queen Bey’s engagement ring is an enormous 24-carat emerald-cut diamond nestled in a split-shank setting. Since this blog is all about engagement ring trends, why not go all out and exude your inner pop culture royalty? The bands in a split-shank setting separate at the point where the diamond sits, effectively highlighting the crystal centerpiece.

Those who want the best of multiple styles on their ring will fall in love with the Spinelli Kilcollin Artemis ring. Named after the Greek goddess Artemis, it consists of three rings in rose and yellow gold. The rings are interlinked by 18k white gold connectors. Interlinked by 18k white gold connectors, the ring’s centerpiece is a one-carat diamond, with micro pavé white diamonds along with the band and pavé-set prongs on the corners of the center stone.

Undoubtedly, there will be more new trends to take over local and international jewelry shops. Use this list as your guide, but don’t forget to put your future spouse’s personal preferences in mind. Also, seek help from jewelry design experts to help you craft a personalized engagement ring of your choice.