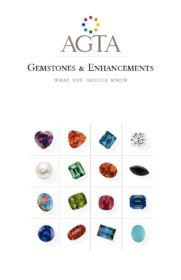 We believe that every gemstone’s degree of rarity depends on two critically connected elements:  Availability & Market Desirability. At all times, this concept of market desirability must be considered through a lens of an informed collector.

For example, an informed collector knows:

-Marketing can influence a person to want anything.

-Jewelry that is beautiful and fashionable does not translate into true value.

-Just because a gemstone is very limited in availability, does not mean it will be desirable if it looks ugly.

Availability defined:  the degree in which a gemstone can be readily obtained.

The Most Rare Stones will always have:

Examples of how Availability and Market Desirability interact

Example 1- A round shape white diamond, 1.05 ct., with an F color grade ,an SI2 clarity grade, and a Triple Excellent Cut, white diamond is highly desirable in the market (high market desirability). However, finding another round diamond with similar characteristics is easy. Additionally, the origin of where it came from is likely untraceable. This would make it even easier to be replaced.  Therefore, a white diamond has high availability + high market desirability.

Example 2-An oval shape Tanzanite gemstone, over 3 carats, with intense purple color, and no eye visible inclusions, has market desirability because of its exotic origin (only found in Tanzania). All these rare characteristics might make a novice collector assume it is very rare. However, while Tanzanites are sought after, there is an abundance of availability, moving it towards the bottom of the Rarity Pyramid. Therefore, Tanzanite also has high availability + high market desirability .

The Rarity Pyramid is our graphic guide to some of the most and least common gemstones based on their availability. Obviously, economic forces will always be an X factor on market desirability. We believe educated collectors will have to use their own judgment to determine which of the rare characteristics is the most important when deciding on beginning a collection.

Once you have a reliable lab report, you now have a better road map to do research online. With the proper lab report in hand, you should now analyze each element.

We suggest focusing on treatment after the gemstone has been identified. Treatments will often include a notation paragraph on whether it is synthetic or lab created under the treatment heading of the report. Sometimes the paragraph will be towards the bottom, so be cautious not to miss it! Additionally, the American Gem Trade Association (AGTA) is a wonderful place to look up any treatment. The AGTA’ standard for treatment disclosure was even adopted by the International Colored Gemstone Association (ICA).

In the world of rarity, size is crucial. The average person who may not know anything about gemstones will no doubt understand that a bigger gemstone is more valuable. As sizes move from 0.99 cts. to 1 ct, prices will change substantially. While each gemstone varies, consideration must be given for differences between 2 to 3 carats. 4 to 5 carats, and moving upwards. You will often see 20 Carat + sizes in museums.

Origin is probably the least known element of rarity.  Two gemstones that share identical attributes of size, weight, shape and appearance can potentially have two completely different values based on what country they came from. Part of the reason for the difference in value comes from the scarcity associated with certain territories.  For example, although rubies are often seen in the market, a ruby from Burma is highly prized. This is because Burma is considered a unique type of origin for this particular gemstone. Today, many people might not realize that a family ring might come from an exotic country that is desired by collectors. Some gemstones will not be affected by their origin at all.  One of the biggest differences between a gemstone and a diamond is the ability to trace where they come from. Diamonds fall short of this unique quality. Within the trade, dealers will often use origin as a way to convey an additional layer of value. More often than not, particular origins will only be accepted by certain laboratories with the highest reputation for accuracy.

For what they lack in origin, diamonds have been useful in contributing to the understanding of clarity. While colored stones usually put little emphasis on what the precise clarity of a gemstone is, it is still worth knowing the differences between “IF” (internally flawless)  and “I1” levels of clarity.  According to GIA, there are 11 clarity grades: Flawless (F), Internally Flawless (IF), two categories of Very, Very Slightly Included (VVSI or VVS2), two categories of Slightly Included (SI1 or SI2), and three categories of Included (I1, I2, or I3).  For the purposes of colored stones, its easier to describe the stone as either: loupe clean (that is, under the loupe- no inclusions are visible), eye clean (under the loupe some inclusions are visible, but are difficult to see with the naked eye), & included (this usually means the stone has visible inclusions that can be seen with your eyes).

The presence of inclusions adds character to a gemstone. It is only when these inclusions rise to a level of detracting attention away from the gem’s beauty that it becomes an issue to be avoided.

The cutting of a  gemstone dramatically effects how the gemstone appears. When a gemstone first makes its way from mine to market, a lot of emphasis is placed on maximizing the carat weight. The person who makes the initial investment in rough (uncut gemstone material) will always make more money when the stone weighs more. A stone that weighs more will fetch a higher per carat price. As a result of this, some gemstones might have their beauty slightly compromised. The most valuable and rare gemstones are cut in a way that maximizes both weight, and luster. Luster comes from well proportioned gem. Light is better able to reflect throughout the gemstone and appear brilliant. A poorly cut gemstone might allow light to fall through the middle. This description, usually described as a “window” gives a transparent look that is typically may or may not be attractive to some people.

Another type of poor cutting is what the trade calls “heaviness.” A stone that is “heavy” has a longer bottom. The heavy stone is cut in a way that prevents it from looking proportional. This might also happen because the cutter may look at a piece of rough and determine that the color is concentrated at at certain area of the stone. In this scenario, cutting the gemstone proportionally might have an adverse effect of diluting or even worse, removing the color altogether. Cutting can also alter whether the stone’s weight is presented in the most efficient way. For example, a 5 carat stone with a very heavy bottom, may look like it is only 3 carats in size because the diameter is the same as well proportioned 3 carat stone with great cutting. In this example, the “face” of the stone is small. This is opposite of what some may call “spready,” which is another way of saying that the stone looks much bigger than it actually is. The opposite example of above, where a 2 carat stone is cut in a way that it looks like its 3 carats when mounted in jewelry. Again, bad cutting can cause the face of the stone to look much smaller than the actual weight it has.

The shape of the stone has the least effect on the rarity. However, certain shapes have historically been less desirable. Pear Shapes, Marquis and Round might be popular shapes for smaller sizes. However, gemstones over 5 Carats are not commonly cut in these shapes. This is due to the low demand for fancy shapes. Ovals, Cushions, & Emerald Cuts are more desirable when it comes to large sizes.