Alexandrites are considered rare because of the unique geological conditions needed for the their formations. Without diving into the scientific terminology, each gemstone requires different element combinations for their formations. The presence an absence of a certain impurity can change color and even the type of gemstone. For Alexandrite, the conditions for the perfect geological recipe get complicated. According to Anthony Cuttitta, who is a gem researcher.

[Alexandrite]’s rarity is due to the need for beryllium in the Chrysoberyl combined with chromium impurities which cause the color change. These two elements rarely occur together in nature. The beryllium forming material must be pushed up via magma closer to the surface where chromium is found, but while the crystal is still growing. Emeralds also contain beryllium colored by chromium. Even though emeralds are rare, they are a silicate. Since silicon is so common in the earth, it is rarer to find non-silicon minerals like Chrysoberyl and corundum. Ruby is one example of a gem that inon-silicate with chromium. Ruby is already rare. So Alexandrite just needs a lot of conditions to line up for it to form.

According to GeologyLearn.com, for Alexandrite to form you need: iron and beryllium + chromium (the coloring agent which causes Alexandrite to change color). Additionally, if the chemical element silica shows up, the process will cause emerald to develop (instead of Alexandrite). However, silica is one of the most common elements in the Earth’s crust, making its absence very unlikely. 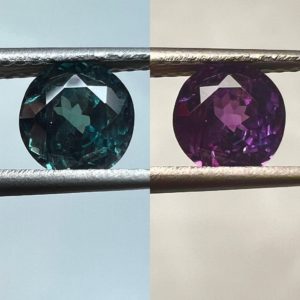 Therefore, “The chemical elements beryllium and chromium have contrasting chemical characteristics and do not as a rule occur together, usually being found in contrasting rock types. Not only has Nature brought these contrasting rock types into contact with each other. This geological scenario has occurred only rarely in the Earth’s history and, as a result, Alexandrite crystals are very scarce indeed.” See Id.

In plain English, Alexandrite’s 2 main ingredients naturally avoid each other inside the earth. In certain extraordinary situations, the Earth decides to make the perfect sedimentary soup that breeds Alexandrite. 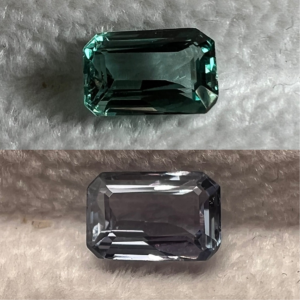 The process of Alexandrite formation also took place over thousands of years. The time, energy, and conditions make their re-occurrence less and less as each year passes by. As mining depletes, Alexandrite’s rarity rises due to this scarcity. The reality is that there is a finite amount of Alexandrites. 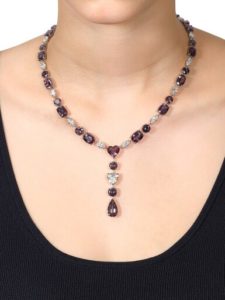